A solution for Uniswap’s privacy and liquidity fragmentation (across deployed blockchains) problems.

Privacy is a fundamental human right. But privacy concerns play a part in discouraging adoption beyond the crypto niche, as traditional investors hesitate to expose how much they trade on a trading dapp like Uniswap, or how often they invest & borrow on a lending dapp like Compound.

Additionally, people often intend to keep secret sauce for their own. That’s also true for professional traders who wouldn’t want to retire their portfolio and trading strategy to others.

Due to sake of speed and cheaper network fees, Uniswap community has been voting for deploying Uniswap protocol to blockchain networks other than Ethereum like Polygon, Arbitrum, Optimism and Celo. Unfortunately, this led to a drawback that Uniswap’s liquidity is fragmented across these deployments. It would be far better for users if they can swap coins against deeper liquidity as if they are swapping with a single big liquidity pool. 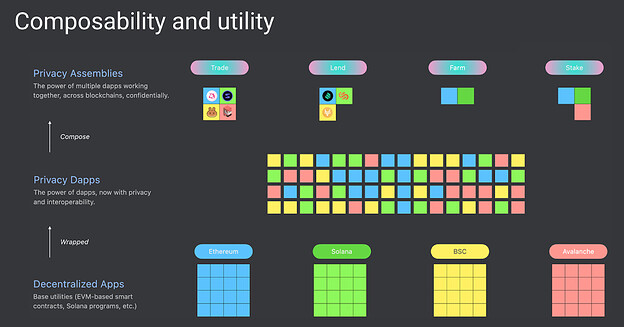 Incognito is a layer-1 blockchain using Zero-Knowledge Proofs to bring privacy to both crypto assets and decentralized applications (dapps). One of the first privacy dapps the team has built is pUniswap that via Incognito, Uniswap users can preserve their anonymity while they can still swap coins with their favorite DEX’s liquidity (a.k.a Uniswap). 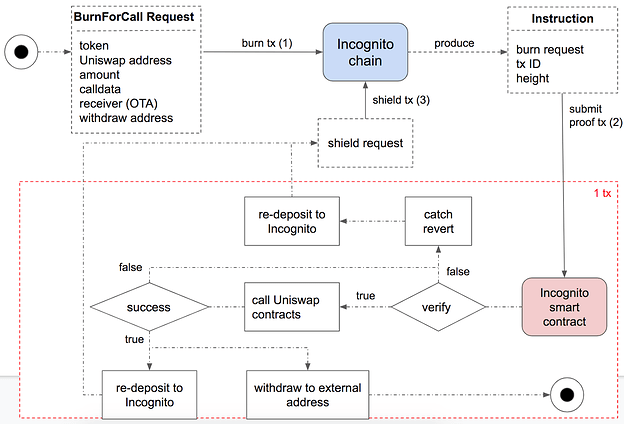 For more information, please have a look at the technical design and its iteration.

Besides privacy, pUniswap is also solving Uniswap’s liquidity fragmentation problem. By leveraging Incognito’s interoperability and token unification, a single swap can be split into multiple smaller ones across many Uniswap’s liquidity pools in different deployed networks to have a better rate. In this way, users will feel like they are swapping with a single big liquidity pool and benefit from deeper liquidity especially for the big swaps.

We are from the Incognito core team who have been building a privacy layer for web3 since 2018. Incognito network is powered by over 3100 nodes with about $250M shielded (a.k.a deposited) volume through 16 supported bridges to popular blockchains like Ethereum, BNB Chain, Polygon, etc. The smart contract code and audit report of the bridges could be found here and here respectively.

We would really appreciate it if you can give the pUniswap a try (right on Incognito website at http://incognito.org/) and share your thoughts in the comments below.

If you are interested in exploring the Incognito project, you might visit the following helpful resources: network explorer, forum, whitepaper.